six dances for prepared piano is a series of six subsequent performances of koreografska fantazija br. 3: open processes, performed in March 2019 at the Zagreb Dance Center, as part of the performances & talks program. The recorded and documented series is now collected here. The process-oriented structure, John Cage’s sonatas and interludes, and explorations of the architectural organization of a dance studio are the main themes explored by this choreographic work. Sonatas and Interludes for Prepared Piano is a cycle of twenty short pieces for piano that Cage composed between 1946 and 1948. The cycle comprises of the asymmetrically arranged sixteen sonatas and four interludes while in each sonata, a short sequence of natural numbers and fractions defines the structure, informing it as localized and individual in melodic lines.

six dances for prepared piano documents six consecutive performances; the first two performances are rehearsals, and the subsequent four performances were public. However, each performance is entirely public in terms of its intensity, in terms of a dance gesture as a daily practice anchored in the immediate reality of dance’s coordinates. Or put differently, dance doesn’t rely on the audience’s gaze but works with its own stability instead. The audience, therefore, once there, enters an already stabilized space, a space held by a spatial, architectural, and emotional commitment. But simultaneously, and in return, an observed performance enhances cohesion and elaboration of the performance matter. As a witnessed event, it sharpens and deepens the choreographic thesis, building its dramaturgy from the very manifestation of the encounter between a performance and a gaze. The last video documents an artist talk with students of the State Conservatory for Contemporary Dance Ana Maletić in Zagreb.

The research journey of this choreographic, due to various circumstances, stretched to almost a year. Where does a premiere, a work, a performance, begin and where does it end? In this dance piece, it begins at every moment and ends always only temporarily. This temporariness is in many aspects a silent syncope of undetermined duration, demanding from a dancer a specific quality of focus while negotiating between performance as it appears, the conceptual premises of it, and the dramaturgy of the choreography. These six recordings testify to the collective effort of these five outstanding dance artists’ performative intellect that singlehandedly, so to speak, synthesize the trajectory of performance’s materiality and how it finally vibrates and resonates.

Every circumstance of this choreographic process is not only inscribed in the grid of this piece but also each of these circumstances presented a unique opportunity to learn together. A dance gesture is therefore not only the production of knowledge; it is this unique knowledge. Not only as the knowledge of dance, dance knowledge, but knowledge in a broader perspective. Or put differently, dance as practice produces knowledge in an unmarked sense, knowledge that is generated but cannot be encompassed in a thematic sequence. It is therefore hard to accumulate and even harder to situate in a broader context, without instrumentalizing the very value of this unmarkedness.

Furthermore, this choreographic and performative work visibly culminated into some kind of pure form. Pure in a sense that the form resonates as form but resonates as space as well, which is also a form, a shape. Motivated by Circumstance, Cage has transformed the piano’s sound by colliding it with everyday objects and their functions. What this gesture enables, in poetic terms, is an examination of a singular screw or bolt as a possible classical, though industrial, form. These industrial, seemingly undifferentiated objects were thus infused with meaning, no matter how minimal. In other words, the complexity of an instrument such as a piano, against its historical accumulation, is able to open vast and meaningful spaces of deconstruction as well as reinscriptions of its elements of form. Form as shape and, subsequently, form as sound.

On another note, all these reflections come a posteriori, as research that emerges after the experience of a choreographic performance as such. While the piece is under construction and its parameters are still being worked out, we have recognized ourselves in the exact situation that Cage describes as going to the kitchen to get a plate; “I went to the kitchen, got a pie plate, brought it back into the living room, and placed it on the piano strings. I played a few keys. The piano sounds had been changed” (Cage, 1973). The choreographic work, therefore, requires a continuous reaching for the metaphorical plates, screws, bolts, and spoons, in a dense collision of the existing and still unformed knowledge while playing a few keys to see what’s going to change. In this sense, John Cage and his works are to us not iconic or monumental phenomena but rather and primarily the familiar processes of a fellow artist, whom we still, half a century later, recognize through the resonance with his intentions and curiosities.

Finally, Cage writes, “the prepared piano, impressions I had from the work of artist friends […] all led me to the enjoyment of things as they come, as they happen, rather than as they are possessed or kept or forced to be.” In this sense, we dedicate these six dances to this and such, prepared, piano. 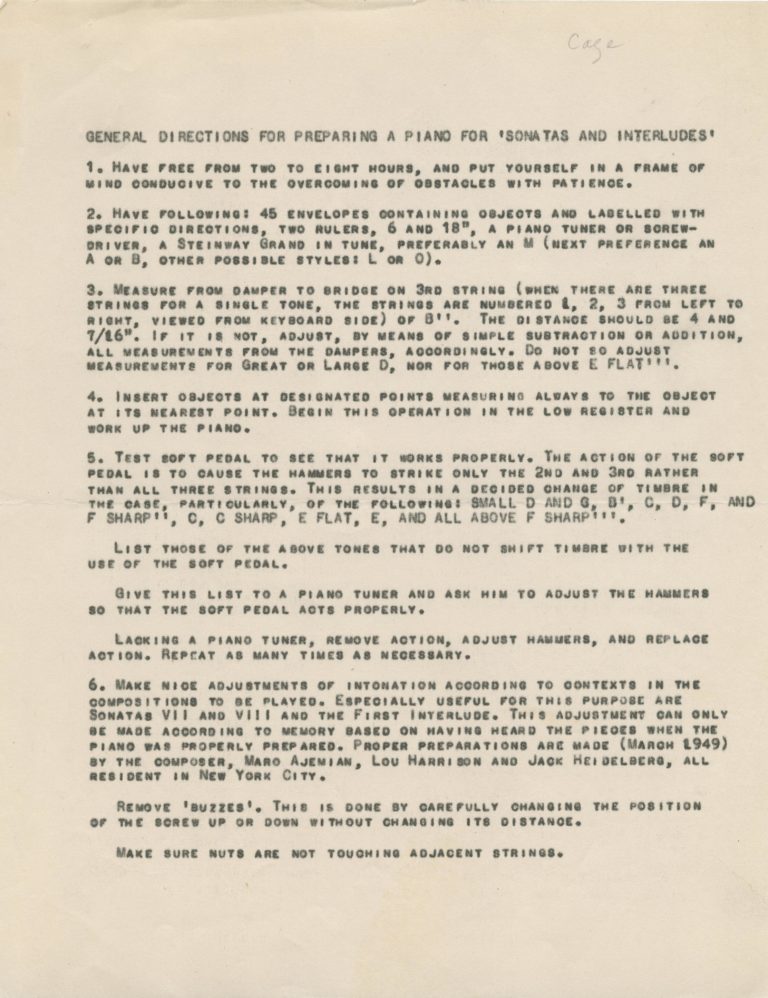 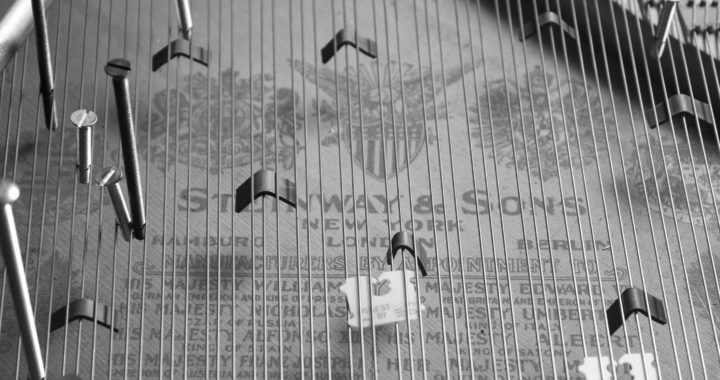 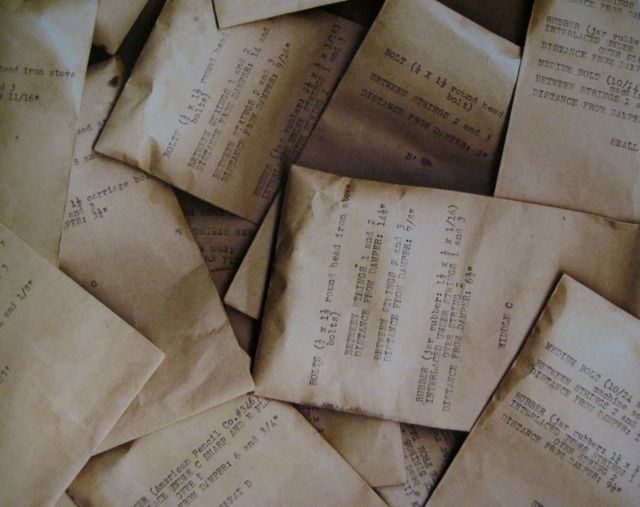 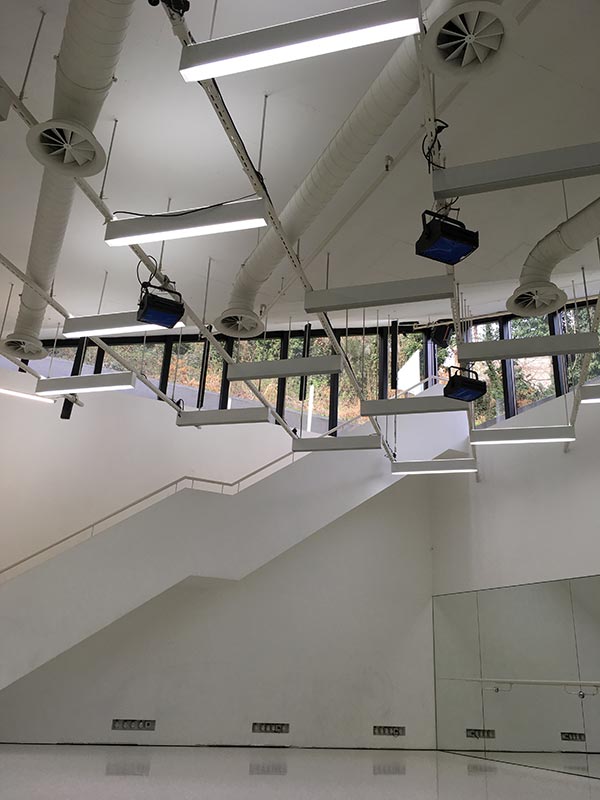 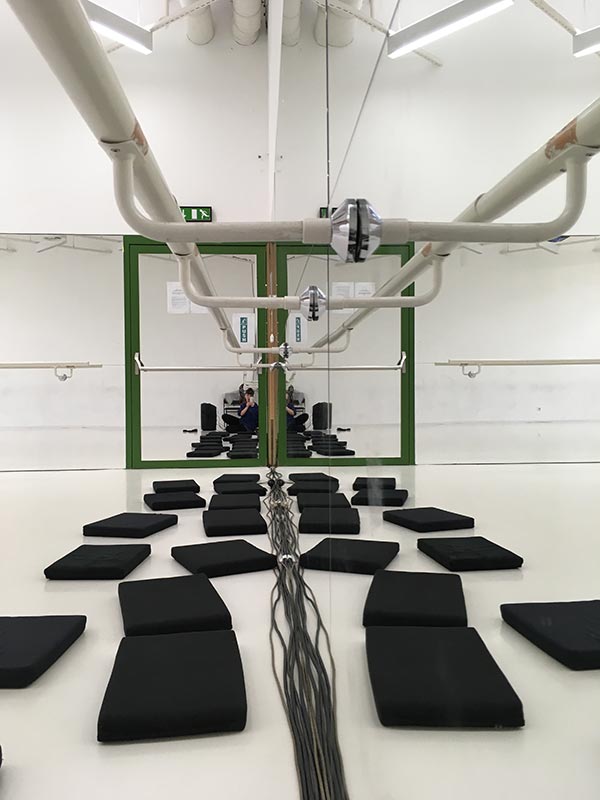