Marjana Krajač
JOURNAL is a process diary, monthly digest of choreographic work as well as containing reflections, dialogs, notes and contemplations. It subscribes itself to diverse formats and forms, changing as it goes along, and shaping itself out of the requirements of the moment at hand.
Winter Season

Dear friends, I have spent a good part of January 2018 in New York City, upon the invitation of Woman in Dance Leadership Conference that was hosted by New York University – Tisch School of the Arts; Tisch Initiative for Creative Research, Tisch Department of Dance and Dancespace Project. The conference investigated, explored, and reflected on women’s leadership by inviting renowned dance makers, artists, scholars and directors to contribute and share their views. It was deeply refreshing to talk and exchange around this topic with colleagues from all generations, tangibly grasping profound developments that are taking place at the moment. Seeing many dear friends and peers in and around the city, I spent my last evening at the season-opening of the New York City Ballet with All Balanchine program, that somehow concluded a wide stream of thoughts and themes that were swirling throughout this dynamic month. A special thank goes to my dear friend, writer and photographer Robin Martin with whom I shared one melancholic Sunday afternoon of photographing and walking in Brooklyn Williamsburg. 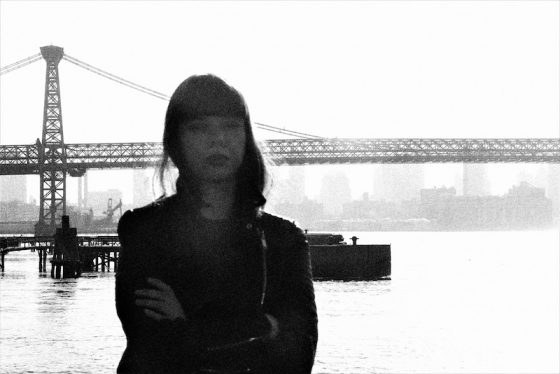 “Apollo I look back on as the turning point of my life.
In its discipline and restraint, in its sustained oneness of tone and feeling,
the score was a revelation. It seemed to tell me that I could dare not to use everything, that I, too, could eliminate.”, George Balanchine


When I was a young dancer during end of 90’s in Berlin, I entered one morning a small antiquarian bookstore where I came across a book that stayed with me ever since. It was a Winter Season, written by Tony Bentley, a 22-year-old dancer describing her life inside of a New York City Ballet Company between November 1980 and February 1981. She was writing about day-to-day activities, emotional reflections and relations, simply and directly, as she would be talking to a friend. And yet, her writing accurately portraits the ebb and flow of intensity and hardship, fascination and struggle of being a dancer, navigating between disciplined and structured life and desires of being young and still searching for a visceral texture of oneself.

Entering the building of David H. Koch Theatre two weeks ago on a Tuesday evening, for the opening of the Winter 2018 of the New York City Ballet, I remembered Tony’s diary and that vague but impacting sense of luminosity that she captured so precisely. That radiating promise of a fresh season, of known and unknown dances, be it at the large venue evening opening or a daylight work-in-progress presentation at the dance studio. It seems that this opaque feeling of radiance of being in-the and with-the dance never leaves you, once you got a hold of it.

So how to go forward with that evanescent notion of dance that is in continuous search of its own tangible mission? Seeing that evening Balanchine’s Apollo, a ballet in which Apollo, a Greek god of music (but also of poetry, oracles, archery, plague, medicine, sun, light and knowledge; as one of the most important and complex of the Olympian deities) is visited by three Muses: Terpsichore, Polyhymnia and Calliope, I was wondering if that seemingly simple structured choreographic situation could offer us a contemplation about spaciousness of ballet. Four bodies in space, metaphorically entering and exiting at the precipices of classical Greek era, in a choreographic play that is one of friendship, tenderness, intellectual friction, affirmative rivalry, comfort, understanding and strength. Narrative symbolism as well as the structural form of this work are both encompassed in enough visual and mental space that allows for many layers of understanding. As Jean-Luc Nancy in his Corpus grippingly writes:

“Bodies aren’t some kind of fullness or filled space … they are open space, implying, in some sense, a space more properly spacious than spatial, what could also be called a place. Bodies are places of existence, and nothing exists without a place, a there, a “here,” a “here is,” for a this. The body-place isn’t full or empty, since it doesn’t have an outside or an inside, any more than it has parts, a totality, functions, or finality. It’s acephalic and aphallic in every sense, as it were. … In these and thousands of other ways, the body makes room for existence. More precisely, it makes room for the fact that the essence of existence is to be without any essence. That’s why the ontology of the body is ontology itself: being’s in no way prior or subjacent to the phenomenon here. The body is the being of existence. … Bodies don’t take place in discourse or in matter. They don’t inhabit “mind” or “body.” They take place at the limit, qua limit: limit – external border, the fracture and intersection of anything foreign in a continuum of sense, a continuum of matter. An opening, discreteness.“

Program notes are often mentioning Stravinsky’s commission of this ballet as a minimalist yet grand piece of music that can be realized in an uncomplicated setting. “The absence of many-colored effects and of all superfluities produced a wonderful freshness,” he later said. So that moment of freshness and openness, bare space on the outside and inside is anchoring over many rhythms of dancer’s psyche, exactly as the one that Tony Bentley describes: reflective yet free inner world that is leaning with and against the outer structures of a day, city, institution, architecture, time, life; coherently carrying vast contradictions yet still gently sensing each relevant moment, shaping it as it appears.

She mentions often a recognizable dichotomy of the stage and the real outside world, occasionally intuiting that the both are one or – none, as in non-existent, as the structure of both is in essence porous, held only by our collective interpretations and efforts. That’s why we are sitting there in auditorium together, as our minds are literally holding that stage in place, viewing at shadows as our own (they are), sounds from afar that belong to other parts of us, now all gathered here so that we can hear them again. There are breaths shared here and there, eyes that explode within, in silence, gestures that explain so much of what we were holding inside, mere flow of time that shifts and dissolves what ever it was that we were burdened with.

Exactly in this moment in time, at the beginning of this year, while numerous complexities require our attention and articulation, that notion of holding a simple breath-space for each other, spacious possibilities of an art form the we are tending, are more relevant then ever. Sometimes just being present and attentive, in whichever city we might found ourselves in, is already an inner affirmation that the capacities of approaching everything with the fresh pair of eyes is still given.

Polyhymnia, the Muse of hymn and eloquence, usually depicted as serious and introspective, is sometimes mentioned as being the Muse of geometry and meditation. In that sense, I hope January brought you all of that and more, as this still brand-new year already shapes itself as multifaceted and profound.

A good part of January 2018 was taking place for me in New York City, upon the invitation of Woman in Dance Leadership Conference. I spent my last evening at the season-opening of the New York City Ballet with All Balanchine program, that somehow concluded a wide stream of thoughts that were swirling throughout this dynamic month. Written by: Marjana Krajač